We attended the Award Ceremony of the Foreign Minister’s Commendations

On 24th April 2018, we attended the Award Ceremony of the Foreign Minister’s Commendations for FY 2017 to four Japanese preparatory education institutes. These institutions including Pusat Bahasa Teikyo were awarded in this Ceremony because of contribution to Japanese language education in Malaysia, having promoted study in Japan under the Look East Policy and greatly contributed to the mutual understanding through people-to-people exchanges as well as the foundation of the cordial bilateral relationship. 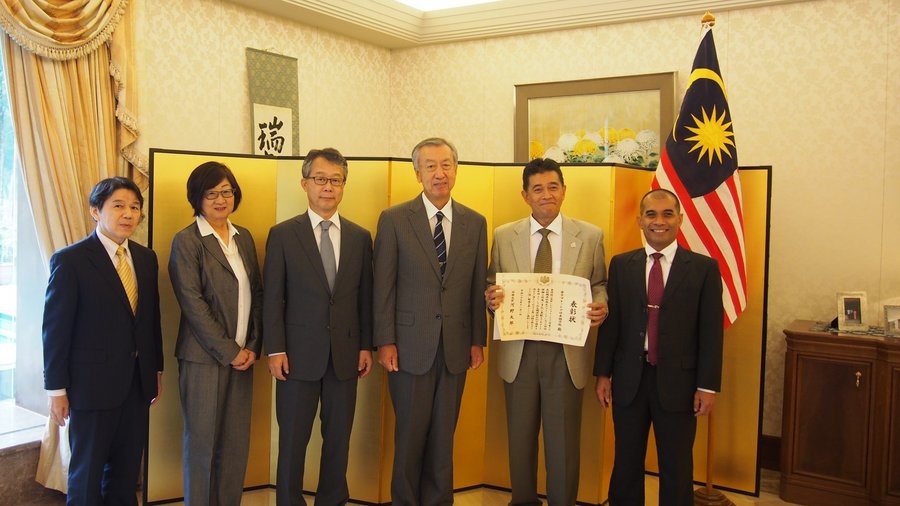